YES, SIGN ME UP!
A new-to-me author whose blurb drew me in to give the book a chance and I am really glad that I did. Exciting story, and several surprises in the finish. I found the characters likable and relatable to, well developed and credible. I did enjoy the book – it was an easy read but thrilling enough to keep me interested and I will certainly be on the look out for more of Hay’s books
Carol

Become a James Lalonde Insider and Get The Lawn for Free

A Quick Snapshot into the Writing Life of Amateur Sleuth Mystery Author A. D. Hay.

While waiting to get Duplicity back from my editor, I have gotten back to writing the short story I mentioned in December.

To jog your memory, the short story will be a locked-room mystery set in a beautiful English Manor House. And it’s a tie-in story with Duplicity. You won’t have to read Duplicity to appreciate it and vice-versa, but the event in the short story is referenced in Duplicity. This story will be a part of the James Lalonde Universe, and I will make it available to my James Lalonde insider email list when it’s finished, or you can buy it as a stand-alone short story.

So, if you want a free story, make sure you sign up. In the meantime, you’ll get a free copy of The Lawn.

I’m pleased to let you know that the third edition of the first James Lalonde Mystery, Suspicion is now available in eBook on Amazon, Apple Books, Google Play, Barnes and Noble Nook, and Kobo.

You can find the ebook in your favourite ebook retailer by clicking this link.

Good news! I have received Suspicion back from my editor, and as of last week, I have submitted it to a second editor for a final proofread. So, what does this mean? The first novella in the James Lalonde Murder Mystery series is almost ready to be published.

I’m expecting to receive the proofread edition of Suspicion back from my edition either this evening or tomorrow afternoon. In anticipation of this, I have started uploading the novella to all online ebook retailers.

However, if you read either the first or second edition of Missing and would like to read the re-titled third edition, get it for free by becoming a James Lalonde Insider. You can become an insider by entering your first name and email address in the signup form on this blog post.

Connect with me on Social Media

A Body is on the Front Lawn. A Priceless Painting is Missing. A Killer is on the Loose.

When Will Thatcher doesn’t show up for work, James Lalonde is forced to attend an afternoon tea with Alistair Carmichael in Will’s place. The lovely autumn afternoon tea comes to an abrupt end when a body is discovered on the front lawn of the Carmichael Estate with strange markings on its neck.

But something is missing, a priceless painting is off the wall. However, it’s no ordinary painting, it’s a van Gogh purchased in an auction a few months prior. But, trouble has its watchful eye on James.

Can James figure out who the thief and murderer are before he is next?

Please Note: this is a re-edited edition of the previously published novella, Missing.

A Murdered Professor. A Priceless Manuscript Stolen. A Journalist Caught in the Crossfire.

Instead of staying on bed rest, James decides to leave town and uncover the truth. But, DI Alice O’Donnell puts a hold on his passport, believing James organised the murder and theft. Before he leaves for New York, James must investigate the truth behind the lab break-in. As his investigation digs deeper, James discovers everyone has means, motive, opportunity and something to hide. With an endless list of possible suspects, James must clear his name, find the manuscript, and identify the murderer before they strike again.

Duplicity is the second novel in A D Hay’s gripping amateur sleuth mystery series. If you like cloak and dagger mysteries filled with twists and turns, you’ll love this instalment from the series. 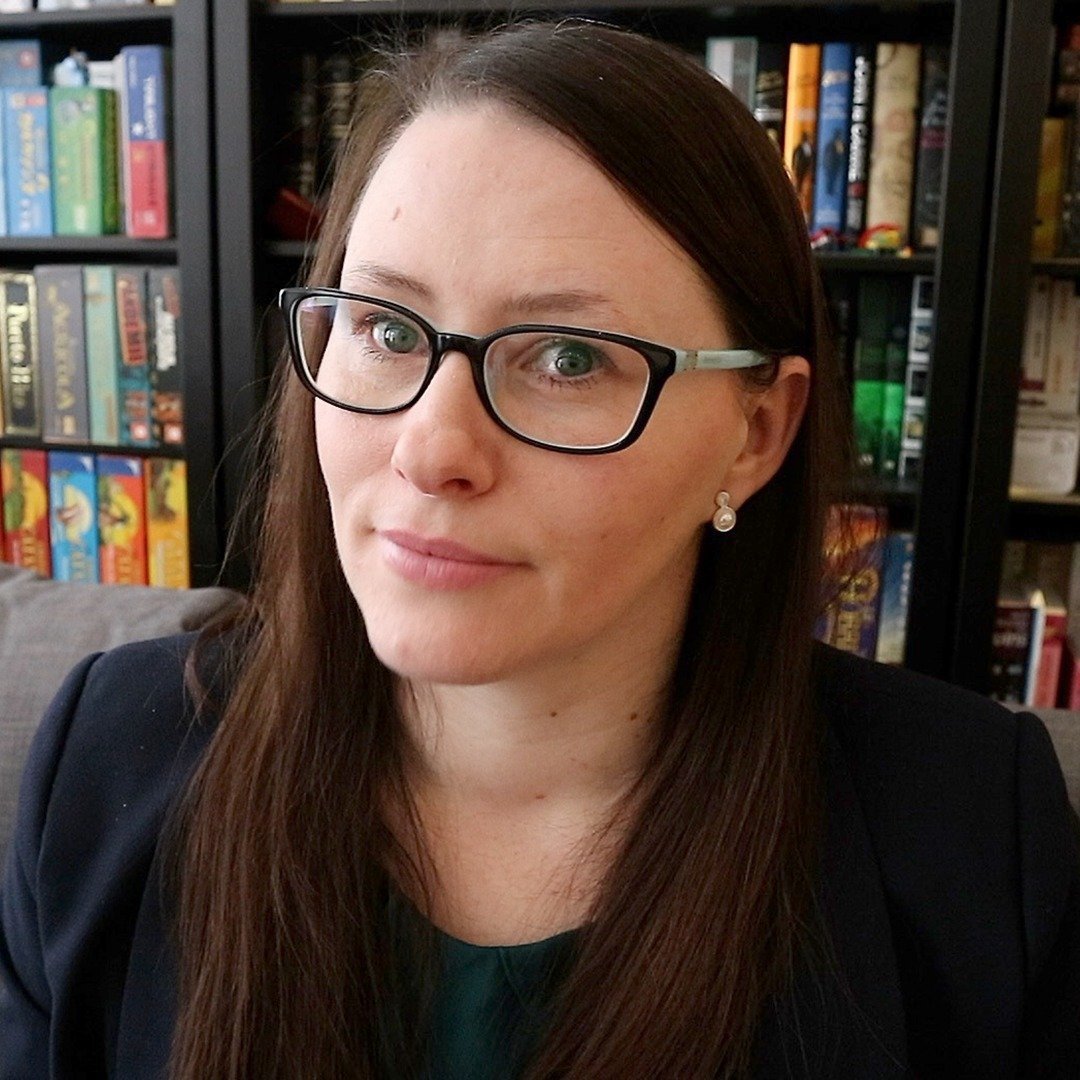 I’m Amelia Levillain. I write under the pen name A. D. Hay, and I’m the author of Missing, the first book in the James Lalonde Prequel trilogy and the Byline Thriller Novels also featuring James Lalonde. My books are set in the world of investigative journalism with a dash of conspiracy, crime, and medical sci-fi.

When I’m not writing and editing thriller novels, I’m the host of The Authorpreneur Podcast and The Book Nerd Podcast. Right now, I’m editing my soon to be published mystery novel, Duplicity. And, I am writing the first book in the Rookie Reporter Mystery series, which is titled, The Candidate.  Over on my YouTube channel, I’ll be sharing weekly writing vlogs where you can watch me write the first draft of The Candidate.

When I’m not writing or hosting my podcasts, I love to travel around Europe with my husband Roland, drink tea, and eat pizza.

Duplicity is Available for Preorder

After much deliberation, I pulled the plug and decided to upload the next James Lalonde amateur sleuth mystery, Duplicity, to all the online ebook retailers and placed it on preorder.

TBN009, My Favourite Mystery and Thriller Novels of 2021

In this episode of the Book Nerd Podcast, I’m going to discuss my favourite mystery and thriller novels that I read in 2021. I what you’re thinking, “it’s been a while since the end of 2021,” but hear me out. I wanted to put a bit of distance between the end of 2021 and my reading because I wanted to discuss the books that stood out to me the most. From memory, I read close to fifty books in 2021. Actually, I’ve checked, and it was 49 books read.

As you can tell by the title of this episode, I’m going to discuss the Agatha Raisin books vs TV Series. In order to avoid spoilers, I’m going to focus on how Agatha is portrayed and not the events in the show and novels.

Read Chapter Two of My Next Murder Mystery Novella

After publishing the last blog post where I shared the first chapter of The Candidate, I felt a little mean. So, I decided to share the next chapter in the murder mystery novella, with you. As you might have guessed, the candidate is the first novella in a new series called the “Rookie Reporter Mysteries”, featuring James Lalonde. 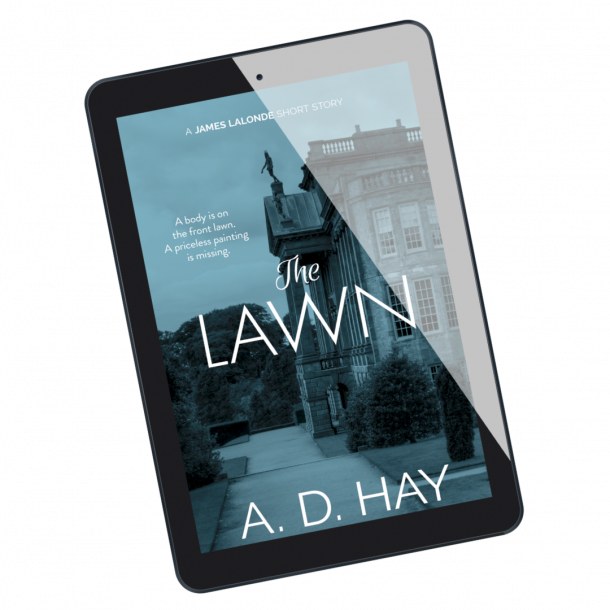 I will never spam or pass on your email address. You can unsubscribe at any time. 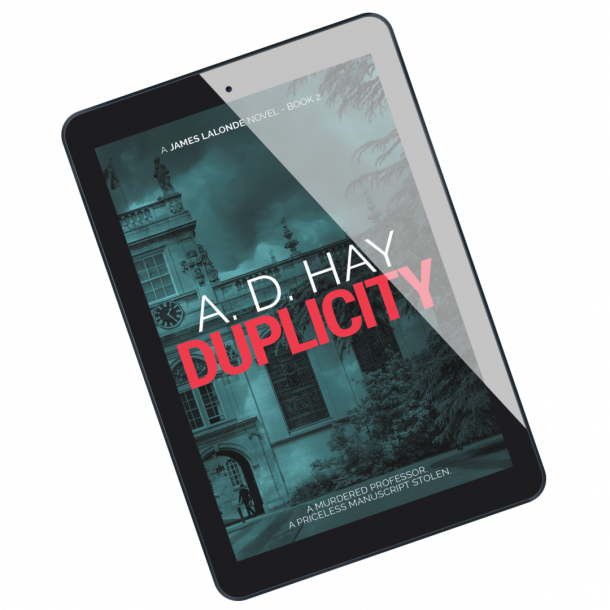 Join the James Lalonde ARC Team and Get Duplicity for FREE!

Sign up to my newsletter for early review copies of my books, free short stories, updates, book release details, and offers

You have Successfully Subscribed!

We never spam or pass on your email address. You can opt-out at any time.