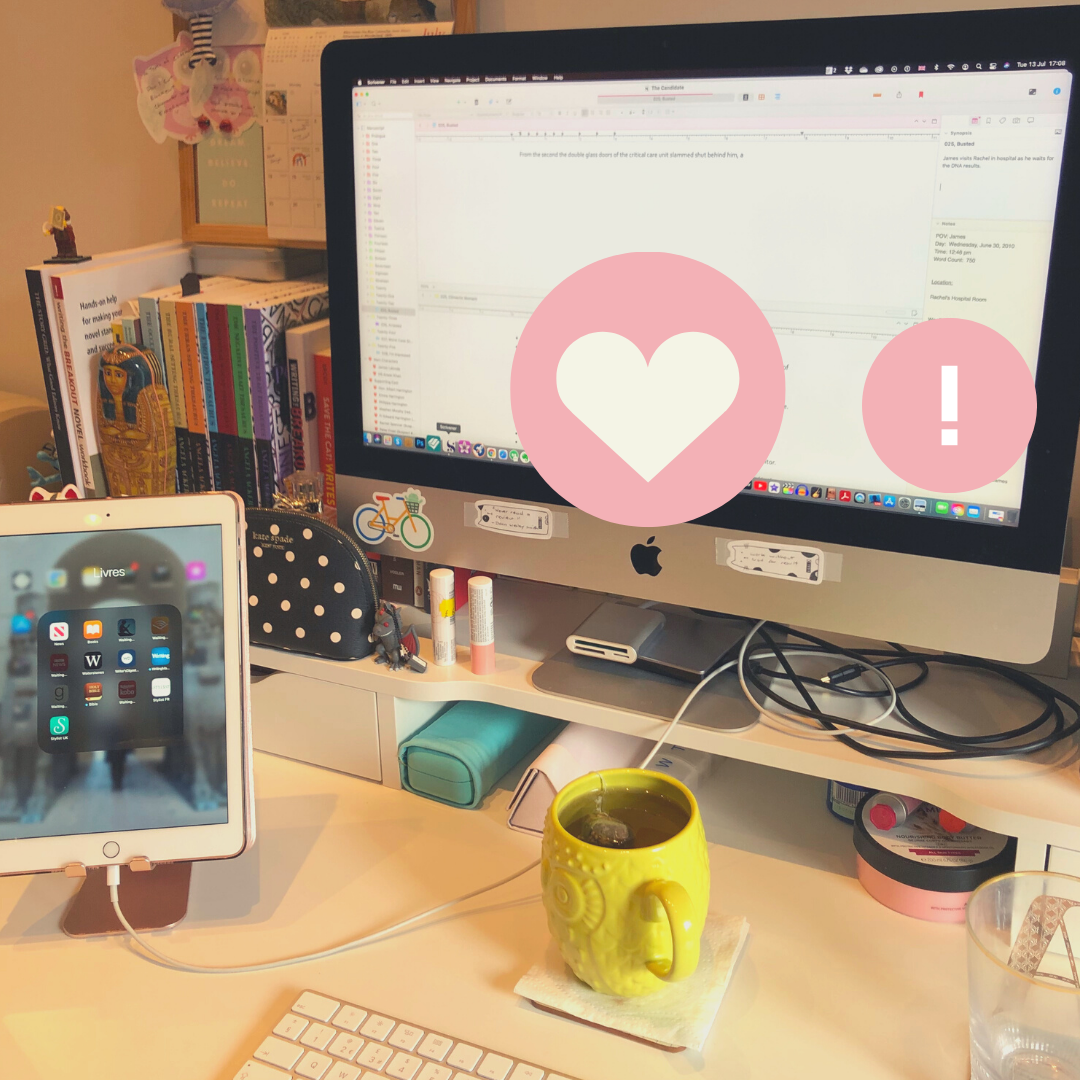 The Candidate on my iMac. I’ve hidden a few spoiler-y things for you.
Happy Tuesday, booklovers.

Today, I wrote the first scene in the climactic sequence of The Candidate which is a first-in-series amateur sleuth mystery novella. By the end of the day, I had written and performed minor edits resulting in an additional 1,370 words to the manuscript. So, what does this all mean? I only have three scenes left to write in this novella.

If you want to know more about the series, check out this blog post or YouTube video.

Right now, I’m preparing Book Two in the James Lalonde series, for a final round of revisions. The next step is to send the story off to my editor. I aim to have this eBook published on all major ebook retailers by the end of February 2022. And, I will be making this novel available for free to my James Lalonde Insiders reader club. You can become an insider here.