Get Suspicion for FREE. 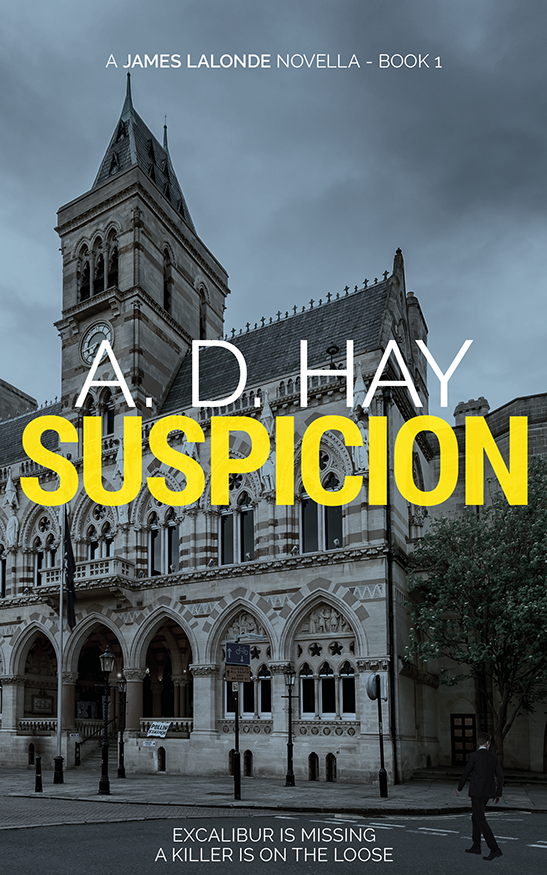 James has a nose for trouble. But that’s nothing new.

This time, things are different…

…his life is on the line.

James is the chief editor of a small newspaper. It’s hardly captivating work. He’s bored. But, all of that is about to change.

Late one evening, he returns home to discover that his long-time girlfriend and journalist, Valentine, has left. Early the next morning, James fails to reallocate her assigned story. To avoid blank space in the culture section and losing his job, he decides to write the story on the local museum’s latest acquisition, Excalibur.

But, there’s one thing he didn’t count on…

….Excalibur is missing, and a dead body is at the crime scene.

As his investigations commence, James attempts to unravel a tangled web of betrayal, kidnapping and murder. But, his fact-finding hasn’t gone unrecognised. The wrong people have started to notice. And, there will be consequences… dire consequences.

You’ll love this gripping cloak and dagger mystery because of the twists, turns, and ending you’ll never guess.

Suspicion is the first book in an amateur sleuth mystery series. Get it now.

All Other Stores
Buy Direct from the Author
5
{James is the editor of a newspaper which still has a print edition as well as a web edition. When his girlfriend leaves he is left with an open space on the front page of the culture section which he needs to fill. Will he live long enough to fill that section? Who was killed at the crime scene he arrived at? What happened to Excalibur? You won't want to put this story [Suspicion] down until you have finished it!{
Kaycek
ARC Reader
5
{I really enjoyed this story [Suspicion]. It drew me in and kept me turning the page waiting to see what happened next. There was quite a bit of suspense, there was tension, and the characters came alive on the page. I look forward to more in this series!{
Di
ARC Reader
4
{I quite enjoyed this book [Suspicion]. It had an interesting storyline and did not take long to read. It had enough to keep me guessing, though.{
Theresa
ARC Reader
4
{A new-to-me author whose blurb drew me in to give the book [Suspicion] a chance and I am really glad that I did. Exciting story, and several surprises in the finish. I found the characters likeable and relatable to, well developed and credible. I did enjoy the book  – it was an easy read but thrilling enough to keep me interested and I will certainly be on the look out for more of Hay’s books{
Carol
ARC Reader

Become a James Lalonde Insider and Get the Third Edition of Missing for Free!

Sign up to my newsletter for early review copies of my books, free short stories, updates, book release details, and offers

We never spam or pass on your email address. You can opt-out at any time.